This was how I described the mixture as I was texting my mom: “It looks like curdled milk in butter.”

She was kidding. She knew how I felt about that stuff. I always thought of these kinds of cheeses as fillers in food. To me, processed cheese tastes more like salty cream than cheese. It also has the potential of giving food a pasty texture.

Beth came into the house right after she finished mowing the lawn. I lifted the lid from the pot, and I gently tipped it to show her it’s soupy, residuey content. She agreed — something was funny about that sauce.

A few minutes later, our third house mate marched back into the house from work. Natasha is a girl who grew up in town, and it shows. She is confident in her surroundings, and navigates them quickly and efficiently.

When she reached the kitchen, she lifted her nose, and smelled the air. “Hm,” she said, “It smells like popcorn here. What are you guys making?”

“It’s supposed to be macaroni and cheese,” I said, “But I think that I ruined it.”

I’ve discovered from the time that Natasha lived with us that she is quick to act in any given situation. If she sees a job that needs to be done, or a problem that needs to be solved, then she’d step right into action. To her, there is no process — there is only the end product.

So being the girl to get things done, Natasha swooped in to the rescue, and called her mom who knew a recipe for cheese sauce by heart. 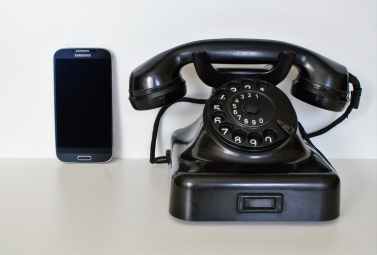 “Give me the flour,” Natasha said. “We’re going to fix that sauce.”

I opened the pantry, and took out the container that sat next to the sugar.

Natasha put Beth in charge of the flour and cream as she was stirring the pot. She put me in charge of grating some more cheese. The cheese wasn’t the same as the stuff I had ruined, but at least it was still a nice white cheddar.

As I grated, I thought about how ‘grate’ it was that the other two girls were so willing to help. I chuckled inside a little at my own pun.

Beth had already added half a cup of flour to the mixture just like Natasha’s mom said to do, plus a whole lot more. None of us questioned why it was taking so much flour to thicken the sauce. Instead of questioning it, I made sure to grate a lot of that cheesy goodness that would cut through the floury taste.

We stirred in the cheese, and then we were done–we were finally done! It wasn’t the texture I was originally looking for, but that was okay considering that we were trying to fix the sauce that was already ruined. It was thick and white – good enough for me. What mattered now was the taste.

Published by Catherine B.

Welcome to my blog about everything. I'm an aspiring author who writes short stories. On this blog I talk about my journey as an author, Christianity, philosophy, Jordan Peterson, food,... and who knows what else I'll want to write about in the future? I hope that you will enjoy your time here. View all posts by Catherine B.