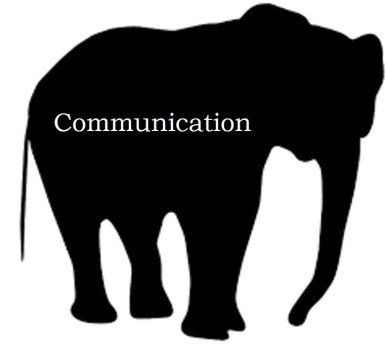 From the time I was a kid I was told that I have a communication disorder. This means that I have trouble putting my thoughts into words, and comprehending what other people are saying. I knew about this even before I was diagnosed with autism. I used to believe that a communication disorder was a condition that I possessed, or even part of who I was, but seriously–how can I be or have a concept that isn’t tangible?

I am not talking to anyone right now. I am sitting in front of a computer typing out my thoughts, but I’m experiencing the occasional blocks in my communication that cause me to erase certain sets of words, and rewrite them so that they make a little more sense. In this case, I don’t have a communication disorder, I’m just experiencing it while I’m trying to figure out how to make my writing more digestible for other people.

If someone who understands my perspective helps me to make my writing clearer than it was before, I don’t have a communication disorder, but there are still the occasional obstacles that need to be crossed. We will eventually manage to cross these obstacles successfully. If I decided to turn my computer off right now, and stay in my room without anyone to talk to, a communication disorder is not even existing within this moment.

On the other hand, if someone genuinely doesn’t understand what I’m writing or saying, It’s not just me who’s crippled in the area of communication, but it’s also the person who I’m talking to. This is nobody’s fault, this is just the way that the world works. These are the consequences of two or more diversely wired brains trying to find unity with one another. The weight of a communication disorder can bog down any conversation—we all feel it. Whenever this weight is felt, saying that one person in the conversation is the source of miscommunication might be the wrong thing to do. I don’t believe that people can be the source of a communication disorder. A communication disorder is something that manifests itself within a conversation where unity hasn’t been reached yet—this is just part of the natural process towards social integration.

I believe that whenever we feel the weight of a communication disorder, we should all be allowed to empathise about it. We all know that it’s hard, so why not just admit this to each other? Is it just because it’s not socially acceptable to bring up this elephant in the room? This elephant isn’t a bad guy. It has the potential to reveal one small glimpse of unity amongst the diversity. It keeps us from judging words and actions, and judgement of other people’s words and actions seems to be caused by pride and shame. I have developed this belief after I realized that the world around me effects my level of humility. Another person’s pride can cause me to feel ashamed, and my own pride can cause other people to feel ashamed. This is the teeter-totter effect that’s been on my mind a lot, and it’s going to come up many times again in this blog. I believe that this scale is something that needs to be escaped.

This also ties into my belief that I should treat others the way I want to be treated. I usually invite other people to take my words with a grain of salt because I want to take other people’s words with a grain of salt. This doesn’t mean being dismissive of what I, or other people are saying, but this does mean acknowledging that there is an unknown intention behind our words. Show me where I am right or wrong, and I will show you where you are right or wrong, but please don’t jump to conclusions before you know the root to what I’m saying.

This belief can make things hard for me. What if I’m around someone who doesn’t want their words to be taken with a grain of salt? If I treat someone like this the way I want to be treated, I get hit with a boomerang of shame. I throw the boomerang of information at them, but then the meaning gets twisted around because instead of catching it, and trying to figure it out, they let it come back to me as something that shouldn’t have been said in the first place. This is how people leave me trapped in a state of claustrophobia within my own body and mind. It’s like telling me that I’m not allowed to act or speak because I’m not genetically equipped to understand how to act around them. Thankfully this rarely happens, but this happens often enough to cause some damage. I should stress that I don’t believe that this behavior is ableism in the same way that the world sees it today. Or in other words, if this is ableism, it’s the kind of intolerance that hurts the entire fabric of humanity. It’s the belief that if people are flawed, (which we all are in morals, abilities, or… you name it), they should not be forgiven. This attitude is hard on the vast majority of people, and this even includes the person who exercises this attitude against others. We are actually hurting ourselves whenever we see ourselves as being completely right when we’re not. Maybe people who continuously torture themselves with this perspective are afraid to acknowledge the communication disorder, and to find unity within it because this means finding something in common with the people whom they didn’t like the words and actions of.