Natasha scooped the pearly white sauce with a spoon, and tasted it. Her eyes narrowed. “It’s like…” she said, “it’s like… crème de la crème.”

That sounds nice, I thought. That did sound nice, but I never heard of a cheese sauce being described in that way.

Beth gave it a taste. “Wow! This is decadent,” she said.

“Not only that, but it’s sweet. That’s probably because of all the butter and cheese we added,” Said Natasha.

As for me, I never thought of butter and cheese as ever being sweet. Maybe Natasha wasn’t saying that the sauce was literally sweet. Maybe ‘sweet’ was just another way of describing food as ‘rich’.

I spooned some of the nearly translucent, shiny sauce, and licked it from the spoon. It tingled my taste buds with an unexpected flavour of cheesecake, only sweeter. They were not kidding. I wrinkled my nose. Something wasn’t right. 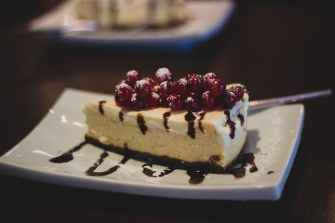 Natasha tried to convince me that cheese and butter can make food taste sweet, but I didn’t buy that.

“Maybe we made sugar,” I said.

I wondered if the flour in the sauce broke down into sugar, but Natasha reminded me that the flour wasn’t cooked enough to do that.

Beth went to the pantry as she carried the flour, and opened it. “Wouldn’t it be funny if we used icing sugar instead of flour?” she said.

We all chuckled at the thought. It would have been funny.

Right after my sister put the container into the pantry and closed the door, she opened it again, and took a good look inside. The sugar was sitting to the right of the container we used, and sitting to container’s left was none other then a fat paper bag of flour.

“You know what?” she said, “I think we really did use icing sugar!”

There was a moment of silence – a moment that neared a sense of disbelief before we burst into laughter!

I was going to throw it out, but Beth told me not to. We went though with the project, and added the sauce to the Macaroni, diced up the bell peppers, and decorated it before we popped it into the oven.  For Canada’s 150th birthday, we had a casserole that looked like a Canadian flag and was made with sugar-glazed macaroni at our mom and dad’s house. It was a good thing that my mom prepared real food. We all enjoyed eating that bizarre casserole – not because it tasted really good, but because it tasted like something to remember. 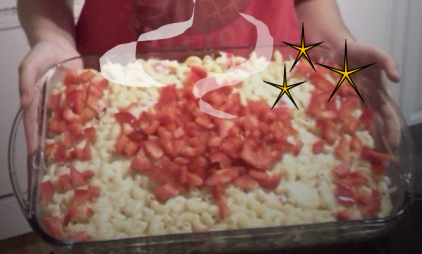 I originally wrote this story for a short story competition, but the deadline to send in my manuscript ended before I was finished.  But that’s okay, because I can post it here for Canada Day!  This is a true story, but the character’s names are different, including my own.

What marks a special date, whether that be a holiday, or big transition in life better than a work of art?  Art can be written, painted, or in this case cooked, and baked in a casserole.  Do the great memories of these special days stick with us for the perfection of the art that was made to celebrate that day, or the mistakes that made them so far from perfect that we can’t even contain our memory of the beautiful tragedy?

I have divided this story into three parts, and each part will be published within the course of three days leading up to the 1st of July, 2018.  Unlike my previous posts this should be easy on the brain (at least, I hope it will be).  So sit back, get yourself a glass of virgin moose milk that’s either perfect, or curdled because of some freaky fluke, and enjoy my own failure!  🙂

My sister calmly turned the lawn mower off. She swiped away from her glasses the loose hairs that had blown out of her braids and smiled. “I’m sure it’s fine” she said – again – as her eyes that always seemed to be smiling sparkled with optimism.

The phrase ‘I’m sure it’s fine’ was driving me crazy every time that she said it! There were many times when I appreciated her gift of optimism, but not at that moment. It was like she was denying the pain of my own failure by blindly believing that the project I was working on inside the house was totally ‘fine’.

“It will be fine!” she said, “Maybe it just needs a little more time on the stove to thicken up a bit.”

Nope, it was too late. I had already added the cheese to the so-called ‘béchamel’ sauce. It was expensive cheese too. It was a beautiful block of extra sharp Canadian white cheddar that Mom was kind enough to pay for at the grocery store. 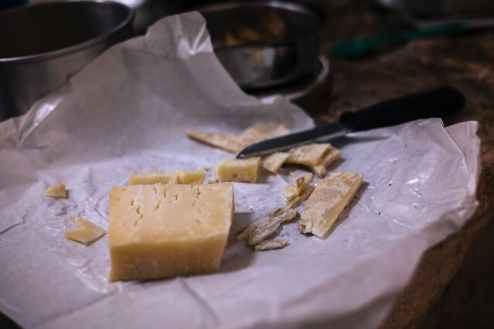 It was a special year as well, so I was determined to make it right. Not only was it Canada’s 150th anniversary, but it was the year of my Dad’s retirement from the Air Force. It was the year that our family finally settled in a place that we will call ‘home’. After years of experiencing different homes and new adventures, we settled on Prince Edward Island, so we were now transitioning into new kinds of adventures. Beth and myself, Kailee, were beginning to live as housemates, learning how to navigate the waters of adulthood in Charlottetown. The only family member who wasn’t on the Island yet was our brother who was finishing university in Ontario.

So now you might understand why in my heart I believed it was going to be something good, and hopefully something to remember. It was going to be a creamy white cheddar macaroni and cheese casserole with diced red bell peppers sprinkled over a maple leaf stencil on top of it to look like a Canadian Flag.

The lawn mower began to roar again after Beth told me to just keep trying. The lawn mower cut me off from complaining. That hurt.

I ran into the house, threw on the one-of-a-kind apron that I had made for myself, and adjusted the cape of it’s nautical collar before I tied the back. Every project I took on for myself was like a mad science experiment. There were times when I was successful with a project, like when I made the apron I was currently wearing that made me look like a ragdoll at sea.  This is my favourite apron. There were also times when I feared my own creativity after ruining a project, like the one I was currently working on.

This was the first time I had tried making a cheese sauce with high-quality cheese. I was afraid that this was my mistake as I turned the heat on again, and stirred the monstrosity in front of me.

In my heart of hearts, the sauce was going to be smooth and creamy with a tangy flavour, and gooey enough so that when I lifted the spoon it was going to ooze down from it like a cheese fondue. 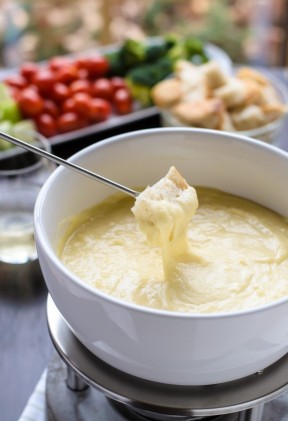 But as you know, my eyes saw what my heart didn’t want to see. I wanted to cry as I stirred the mixture that looked like curdled milk in butter.