Even if you aren’t a fan of them, you have most likely enjoyed a cartoon like Bugs Bunny, or Tom and Jerry at least a few times in your life. People like to watch them on Saturday mornings with breakfast, and coffee (if the people watching are old enough) to perk them up for the weekend. 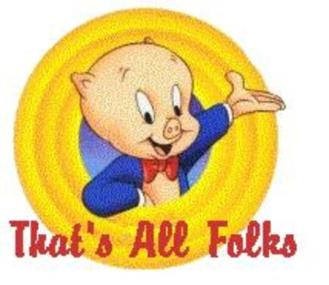 Here’s a question I’ve asked myself: if I was in one of these cartoons, would I enjoy being part of it? I am tempted to say ‘yes’.  Wouldn’t it be amazing to not get seriously injured by a piano falling on your head?  Who wouldn’t love to live as a drawing among other drawings, and do a whole bunch of crazy things according to his or her two-dimensional stereotypical personality? Maybe I’m alone with the two-dimensional stereotypical part of this scenario, but still. There must be a part of us that wants to think that the chaos we perceive in life could be contained in the framework of a cartoon if we lived it. But would we really enjoy this life, or is this another case where the grass is always greener on the other side? Is there a reason that there’s a barrier between us and these characters? Even if we couldn’t handle this kind of existence, if the pacing of ourselves and others would exhaust or confuse us in the cartoon world, why do we still identify with them on the television screen? Ironically enough, I believe that in a case like this, distance between the cartoon and real world is what we need to truly connect to the 2D one. This distance might also help us to learn about how to understand different personalities in real life.

Even in the real world, some personalities confuse and overwhelm us when we’re in close quarters to them, but we can see the good from a safe distance. We still have our personality differences that we need to work out, and I believe that the social barriers come from different speeds of mental pacing in different areas. To every Rabbit or Eeyore, there’s a Tigger. To every SpongeBob and Patrick, there’s a Squidward. We want, and need to make sense of the reality that we function at different speeds. Not being able to understand the different life paces we live around can create devastating social barriers, and heartache.

Something that I’ve noticed about myself is a tendency to feel rushed around certain people. In many cases this is probably a false sense. I hate false senses because they cause me to misjudge people, especially when I hate being misjudged myself. Otherwise, whether this sense is real or not, there’s a shaky feeling that wells up in my stomach when I feel like I’m living under a social deadline. Certain people seem to get cold when I miscommunicate what I’m thinking because my own thoughts don’t translate into words as fast as most people’s. I also believe that I can offend for not talking. If these two problems simultaneously happen at the same time, I feel like I’m being split in two, and I fail to function peacefully outside of myself. This has lead me to believe that intentions matter more then words, but this brings me to another problem—how can I know a person’s intentions, especially when they move fast? This is where my bias kicks in. If somebody is fast to move and speak, and I sense that they are expecting the same thing from me, in my mind I interpret this as impatience and unforgiveness. I see patience and forgiveness as the same thing, so I don’t know how to separate the two. I am always hoping to see these two traits in people when I encounter them—otherwise, tension causes me to feel like I’m trapped in a robot, and I can’t get out. Whenever I can’t see patience in someone, two problems that are similar in some ways, yet different in others, collide.

I’ve discovered that people need patience and forgiveness for impatience and unforgiveness because they are trying to grow in these areas—this is where I struggle. I understand the need to get better, but this paradox backfired on me. This is because I can understand my own struggles to keep up. In cases where I feel rushed I think that my best effort isn’t enough for the other person, and I’ve often assumed that slowing down doesn’t take this kind of effort. Maybe I was wrong. Maybe for some people, slowing down is like trying to slow down while running down a hill—this would be really hard. And also, come to think of it, there have been times when I’ve found myself getting impatient to get out of social situations. Whenever I try to look at the big picture, there seems to be more similarities than differences, but it’s still hard to mesh these similarities together because they are different kinds of similarities.

I believe that if we dismiss how little we know about the complexities of humanity, we attempt to order the world according to our own chaotic human lenses, and this is bound to deceive us because we simply can’t grasp the ultimate order of the unknown as a whole.  We don’t live as archetypical characters who are easy to read. We live in a three-dimensional world, so that means that we’re layered, and we don’t always know where the mirrors are.  I find this reality truly amazing, and terribly frightening at the same time.

Published by Catherine B.

Welcome to my blog about everything. I'm an aspiring author who writes short stories. On this blog I talk about my journey as an author, Christianity, philosophy, Jordan Peterson, food,... and who knows what else I'll want to write about in the future? I hope that you will enjoy your time here. View all posts by Catherine B.